How to Find Freedom in Limitations My wife has MS. The good news is that we found an incredible doctor who halted its progression without drugs or anything invasive. He’s brilliant. The bad news is that my wife was in a wheelchair prior to finding this doctor, and she still is not able to stand and walk.

Try as I might, I may not be able to fix my wife’s symptoms of MS. So, life can be hard as a caregiver. I have to give up some things I enjoy doing. Change my life, basically. Sublimate my needs for another’s.

I used to feel badly, until I had a change of perspective. You see, it dawned on me that the limitations imposed on me as a result of my wife’s MS have actually enhanced my understanding of freedom. My options have been limited in what I can do, where I can go, how long I can stay away on business trips, etc. I have fewer choices because my situation robs me of choice.

In a convoluted sort of way, the less I have to choose from, the more freedom I find in that limitation.

How can limitations be good?

Look at it from another perspective. Everyone knows about gravity. It’s the force that keeps us on planet earth. Otherwise, we’d float away into space. Now, what you may not realize is that the mass of the earth is what creates gravity. Simple physics. The more mass, the more pull. The more pull and attraction, the harder it is to break free.

Our culture encourages us to accumulate things, to have options, to focus on ourselves. The problem is that the more things we accumulate, the more mass we create. And the more mass, the more pull. Soon we cannot pull ourselves away from the things we’ve accumulated because they have such a hold on us. They control us; we do not control them. We attempt to break free, but the pull is too strong…

The only thing that can free us is an opposite force sufficiently powerful to overcome the gravity of our situation. We need help beyond ourselves.

That’s why limitation is so powerful. It not only helps us lessen the mass that keeps holding us down, but it also enables us to see that we are in need of help…that opposing force.

The Need to Surrender

Here’s an example. Since 9-11, national and personal security has become the major issue facing our nation. We want to be secure from terrorism. From government intrusion. From compromised borders. From identity theft. And the list goes on…

In God We Trust may still be inscribed on our currency, but it’s no longer on our hearts.

Still, everyone looks for security, but it remains elusive to most. It’s become harder to find because we no longer look for it where it can be found. As our world nosedives out of control, insecurity increases. And American culture currently throws fuel on the fire of insecurity instead of putting it out.

The by-product of insecurity and loss of control is fear.

Insecurity is not caused by the presence of fear, but rather by the absence of control.

Paradoxically, the Bible suggests that security is best realized when we relinquish the pursuit of being in control and surrender to God. Jesus describes the issue of control in Matthew 6, pointing to God’s care and concern for one of the smallest of His creatures, the sparrow (verse 26). Understanding that perspective, Jesus says, should give us confidence and rest. He asks us to view life through another set of eyes.

Security is best realized when we relinquish the pursuit of being in control and surrender to God.

Security is best realized when we relinquish the pursuit of being in control and surrender to God.

Then Jesus asks us to do something very un-American. He asks us to surrender. That word is not popular in any language. But with the historical American mindset of independence… surrender is definitely not popular in our vocabulary.

His surrender, though, was in a form no one quite understood. In fact, it’s still hard to come to grips with it. Jesus is God, yet He surrendered His will to that of the Father’s. Jesus says in John 6:38, “For I have come down from heaven not to do my will but to do the will of him who sent me.”

Christ’s agenda was to merely do the will of the Father. That provided him all the security He needed.

What Does This Mean for Me?

It should do likewise for us. We like our independence. We think we have rights. I’d like my independence from my wife’s MS. But Jesus comes into that thinking and shatters it entirely. He says we have no rights.

If we could only get to the point where we don’t understand surrender as a loss of control, but a relinquishing of the lack of control. We are to surrender what we actually do not own—ourselves.

That’s what Jesus was trying to say to any who listened: “You are living under the illusion of control.” Ultimately He was saying, “I’m the one and only one who can offer you salvation and freedom.” Frankly, I’ll take my chances with God in control.

The life of limited options is a life of freedom.

I have found that the life of limited options is a life of freedom. Free from the gravitational pull of things…free to see more clearly the life that God has given to us and free to produce more joy because we focus less on ourselves and more on others. We have less to divert our attention away from the things that matter.

The life of limited options is a life of freedom.

Trusting in God makes it a reality.

So, looking for real freedom and security? It may be in living the life of limited options. Because when you surrender, you no longer have the need to control anything. There’s nothing left for you to control.

Excerpted from The Politically Incorrect Jesus: Living Boldly in a Culture of Unbelief, by permission of author Joe Battaglia. Copyright © Joseph Battaglia, 2014.

Freedom, Joe Battaglia Back to all posts 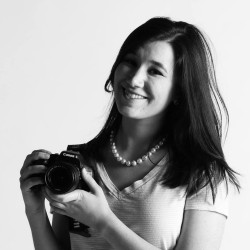 Founder and president of Renaissance Communications; executive producer of nationally syndicated radio program "Keep the Faith;" highly active in the Christian Music Industry. Can still be found hanging around some street corners in North Jersey with old friends singing doo-wop songs, because that’s where Jesus might be if He were around today.