As a political junky, I (Zach) have always loved election seasons. In college I threw parties to watch debates and election night results. (Yep I’m that kind of nerd.)

But in the new age of social media, political seasons are exhausting. Opinions surround us, and they’re seldom shared with grace or humility.

How should I as a Christian influence the discussion? What is my obligation to the process, both as an American in a democracy and as someone called to be the salt and light of the world?

I came up with a list of 6 commitments I’m trying to hold throughout the process, a code of conduct, if you will. I haven’t aced it, but I’m trying.

What do you think of the list? Is there anything that should be added or removed?

Political ads are mostly built with the basic formula, “You should be terrified at what our country will look like if our candidates are not elected.” Everyone is trying to make us afraid.

No matter who is elected, God is in control. If I walk around in fear of particular candidates winning, I have forgotten where my strength and hope are truly found.

“Do not be afraid” is one of the most common commands in the Bible. God has a big problem with us living in a state of fear.

I bet He’s also not a fan of me using fear to persuade others. I can’t in one breath tell my friend God is in control, and in the next convince them the world will end if America doesn’t elect my candidates.

I’m not proud of the way I’ve levied personal attacks on candidates I’ve disliked. He or she is a person created in the image of God; a person who God deemed valuable enough to die for. Speaking of them with contempt is undefendable.

The Bible doesn’t contain an escape clause that allows us to violate all it says about loving people during an election cycle. If I can’t express my disagreements on ideas without making slanderous attacks, I should keep my mouth shut.

4. I won’t put my politics before my faith.

Am I a Christian first and an American second, or an American first and a Christian second? Am I able to exhibit love, joy, peace, patience, kindness, goodness, faithfulness, gentleness and self-control while talking politics? What does it say about my true priorities if those fruits disappear in my efforts to win political arguments?

If I start being more concerned with how someone sees my candidates or party than with how they see my loving God, I’ve lost my way.

My pastor once challenged us with this simple question: Which do you believe accomplishes more for our country, debating politics or praying? Asked inside a church, the answer was obviously prayer. But then he asked: Which do you spend more time doing?

I admit, debating is more fun for me than praying. If I actually want to see change, though, and truly believe what I claim, I need to pray much more.

Romans 13:1 says, “Everyone must submit to governing authorities. For all authority comes from God, and those in positions of authority have been placed there by God. (NLT)”

The governing authority in the U.S. is the U.S. Constitution. Who does the Constitution say has the power? We the People. In a representative democracy, we all are in positions of authority to some degree. To not vote is to abdicate our responsibility.

Even if I’m not crazy about certain candidates, there are a dozen of other issues I have the opportunity and responsibility to speak into on the ballot.

Our government caters to the people who actually show up to vote. My vote might not be the single vote that decides any issues, but if I want the government to share in my concerns, I have to do my part by showing up. 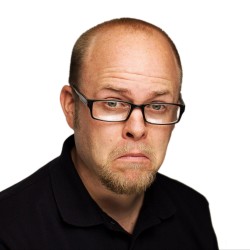